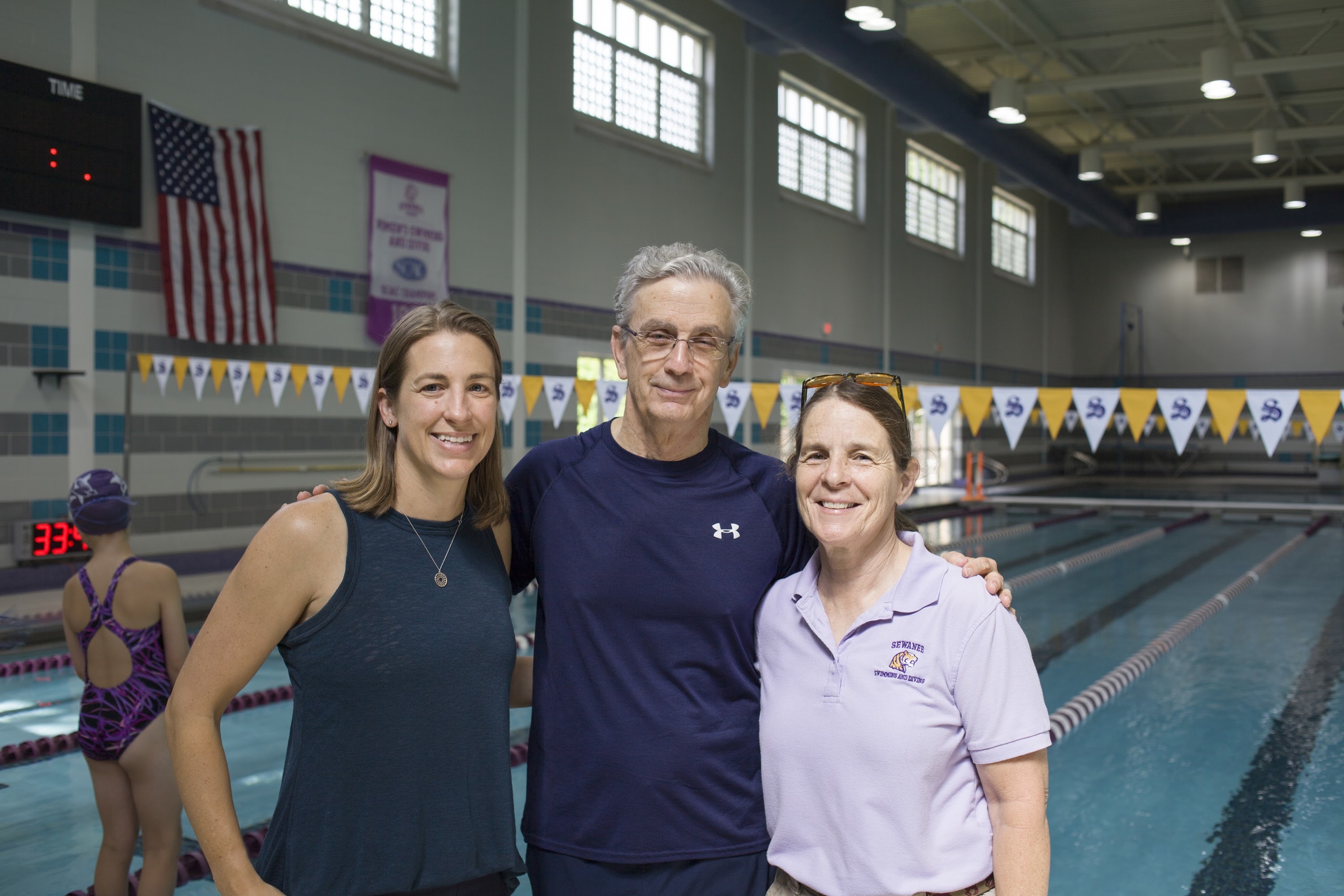 Image
Upload and embed an image

Coach Noffsinger brings a wealth of coaching and swimming experience to his role as Tigershark Head Coach. He volunteered as a Tigershark coach in the 2016 summer season and took on the head coaching position of Mountain Aquatic Club (MAC) in the fall of 2016. Coach Noffsinger is a certified USA Swimming coach and a Certified Level 5:2 Coach with the American Swim Coaches’ Association. After starting as an age group swimmer with the University of Hawaii Age Group Team, Coach Noffsinger swam with Silver Spring MD YMCA in the Washington, DC area. He went on to swim for West Virginia University on an athletic scholarship and was co-captain for the WVU Mountaineers his senior year. Over the past 30 years, he has coached in Fort Mead, Maryland, Lufkin, Texas, and Dothan, Alabama. He was also a certified USA Swimming Official, officiating many meets where his three daughters competed. Coach Noffsinger’s focus is on building the fundamentals with correct technique and form. He also wants his swimmers to enjoy the sport and have fun while swimming. So, while working on technique and conditioning, he will be challenging swimmers with drills and games.

Coach Alyssa Summers returns to the Tigersharks for 2019 for her fifth season to focus specifically on the Rookie II Group Swimmers. Coach Summers, a former Lawrence University swimmer and a professor of Biology/Biochemistry at the University of the South, started her swim career at the age of 10 on a summer league team just like the TigerSharks, and then moved to year-round swimming with Vancouver Swim Club in Washington and then with the Multnomah Aquatic Club in Portland, Oregon, in high school. As a student athlete at Lawrence University, she was a National Team Member in 1999 in the 50 FR, 100 BR, and 100 FL and the Midwest Conference Swimmer of the Year in 1997, 1998, and 1999. Coach Summers set several Lawrence University records, three of which are still standing. She was inducted into the Lawrence Hall of Fame in 2010. In addition to her strong background as a swimmer and former assistant coach with Mountain Aquatic Club, Coach Summers has served as the assistant coach for the Appleton YMCA swim team, assistant coach for Nike summer swim camps, and a swim instructor for Vanderbilt Summer Swim. She is married to Rich Summers and lives in Sewanee with her two children, Anara (age 9) and Eli (age 5), both of whom are Tigershark swimmers. Coach Summers is looking forward to this upcoming summer!

Coach Nan Long returns in her fifth year as the Rookie I group coach, bringing many years of coaching experience to the benefit of TigerSharks. Coach Long spent six years coaching with Tullahoma Swim Club as the 10 & Under coach, served as assistant coach for TigerSharks one summer, and spent two years teaching private swim lessons. Additionally, she served as a Mountain Aquatic Club developmental coach from 2015 - 2017, and the assistant coach of the St. Andrew’s-Sewanee Swim Team since 2015. Coach Long also served as the assistant coach for the SAS Swim Team from 2005-2009, head coach from 2013-2015, and was named Coach of the Year in 2013 by the Middle Tennessee High School Swim Association. Coach Long cannot wait to work with her Rookie swimmers again this summer! Email Coach Nan at [email protected]

Here's where you can find them: